I’m very ambivalent about Versailles. I’m glad I went to see it but given what I know now, there are better times to go, like the dead of winter on a weekday, not a Sunday in tourist season. There were so many people it was all you could do to peek at the various rooms, let alone actually read the signage or look at anything in depth.

Tourists as a class are becoming more and more obnoxious especially with the advent of camera-enabled mobile devices. Phones are bad enough, but really, could you think for a moment about the effect on everyone else trying to see something when you hold your iPad over your head to take a picture?? Or even when you increase your cubic volume by splaying your elbows out to steady it while composing??? It’s beyond narcissistic.

Anyway… To find a bright spot in that cloud, the difficulty in photographing whole rooms made me pay attention to details in the main spaces, like window levers and curtain hooks. 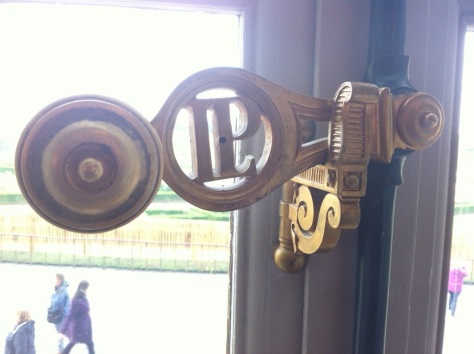 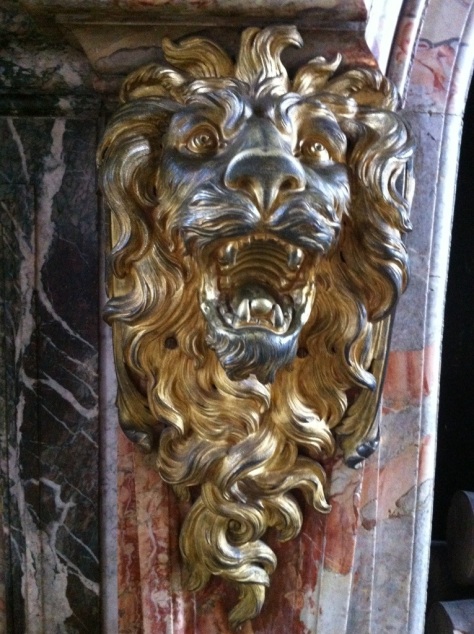 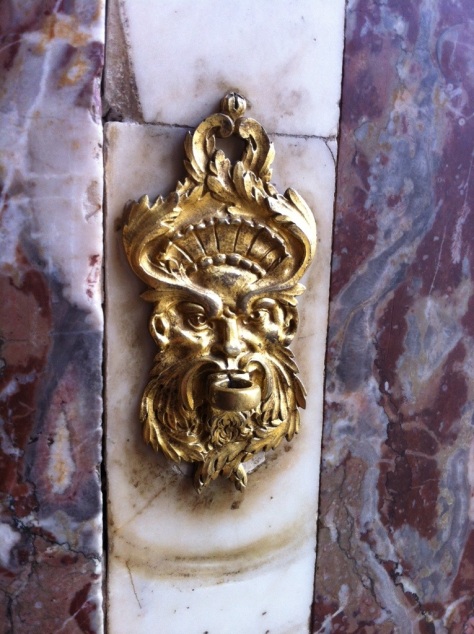 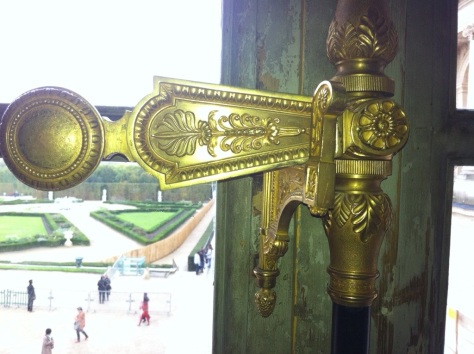 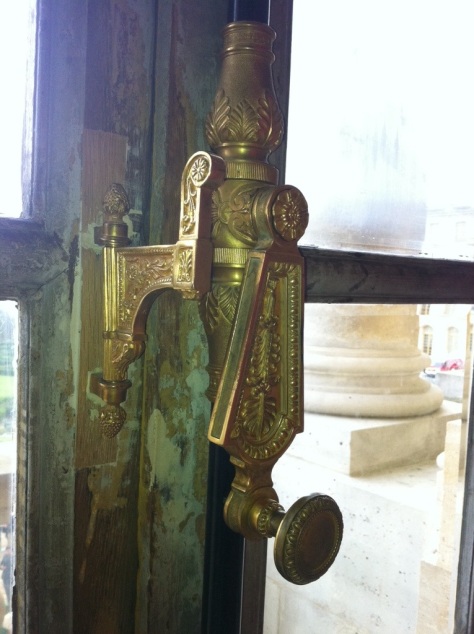 Here are a couple of shots of the hall of mirrors. It was so crowded that it was hard to photograph, aggravated by the aforementioned phones and tablets being hoisted aloft to see over the crowd. So I photographed the chandeliers instead. 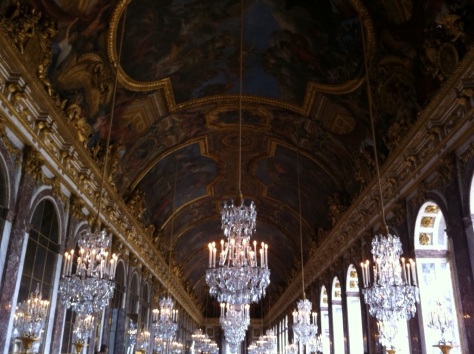 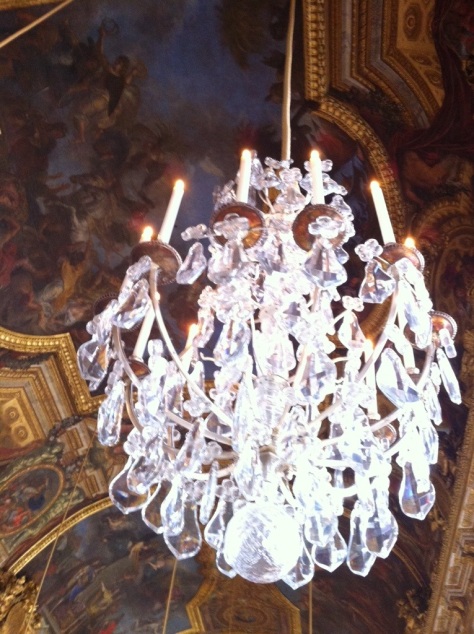 Clocks and Beds at Versailles: 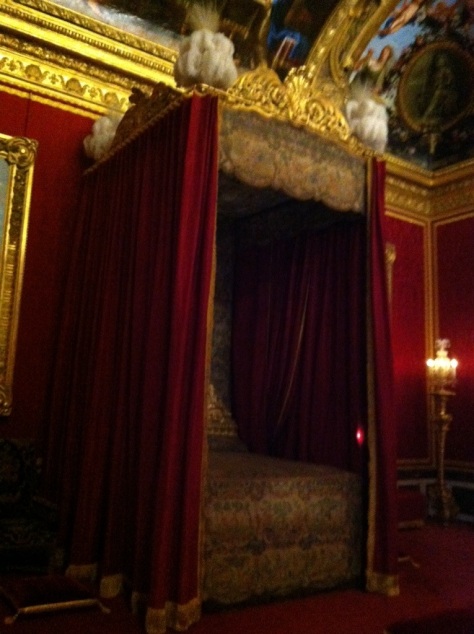 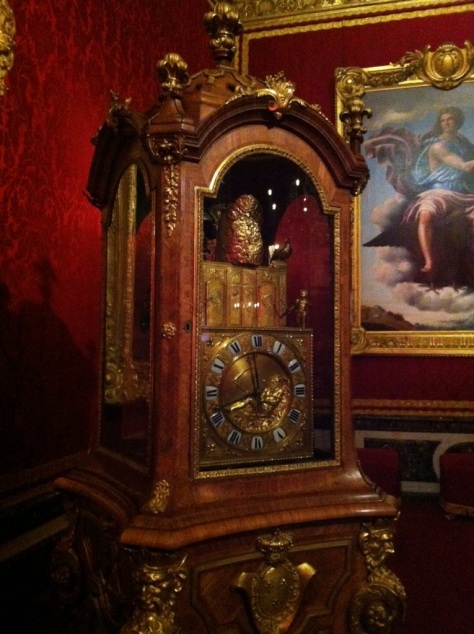 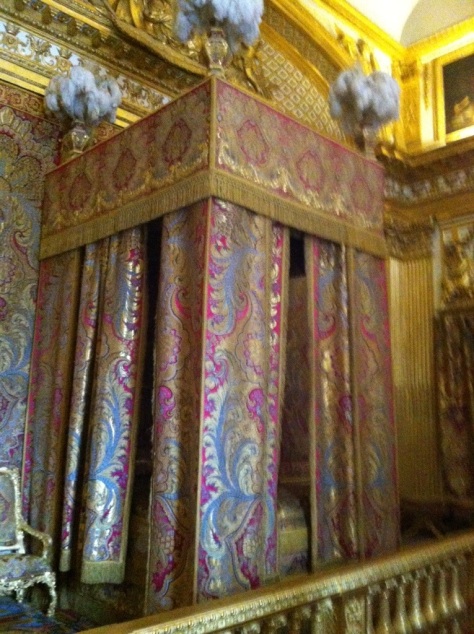 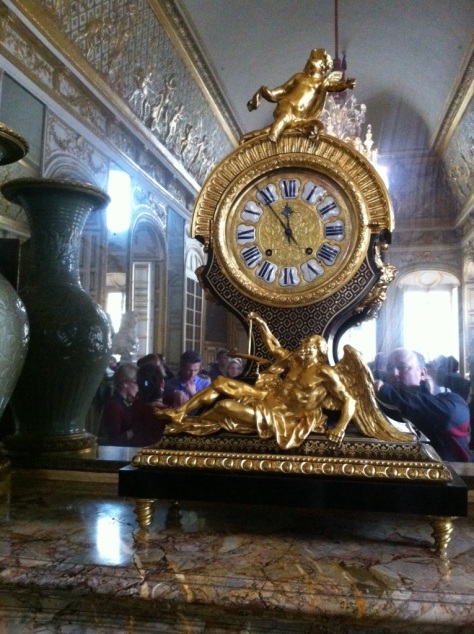 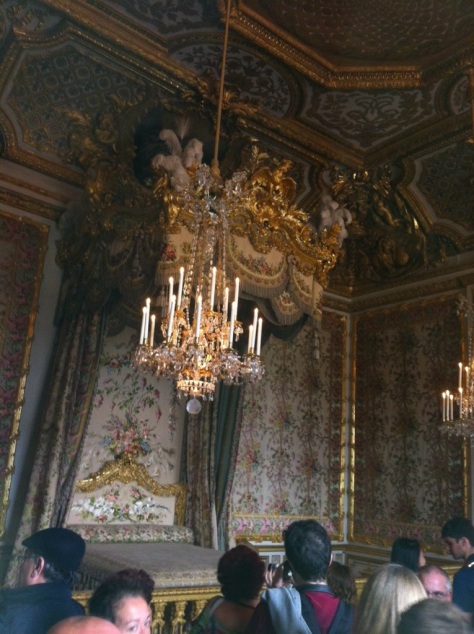 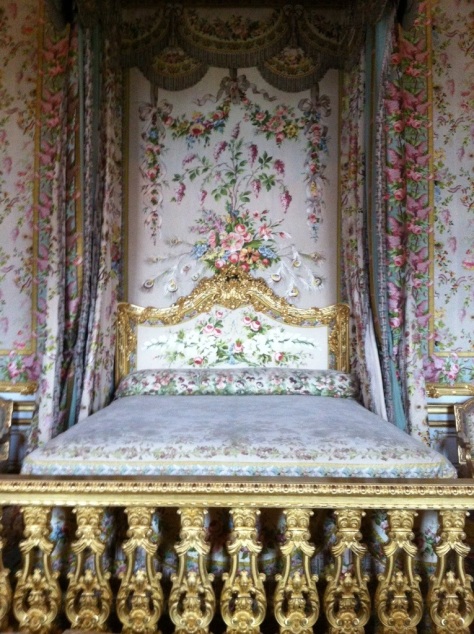 Some of the guest apartments at Versailles: 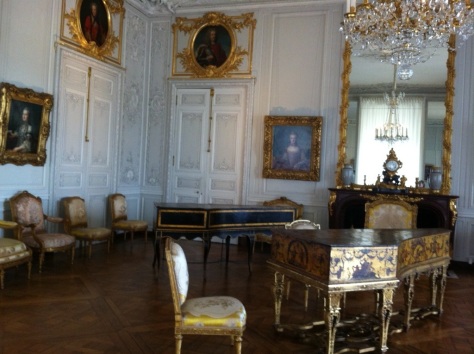 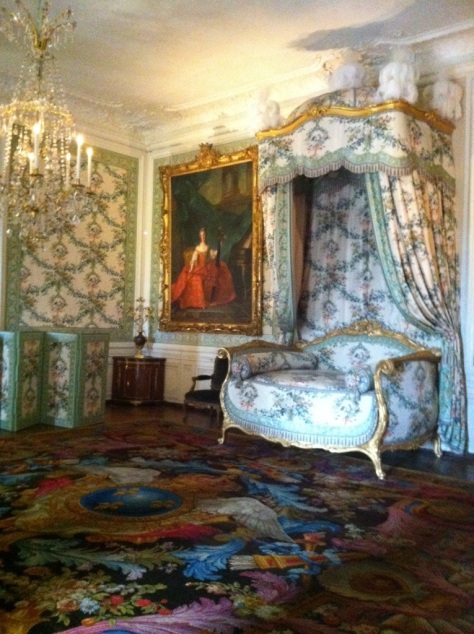 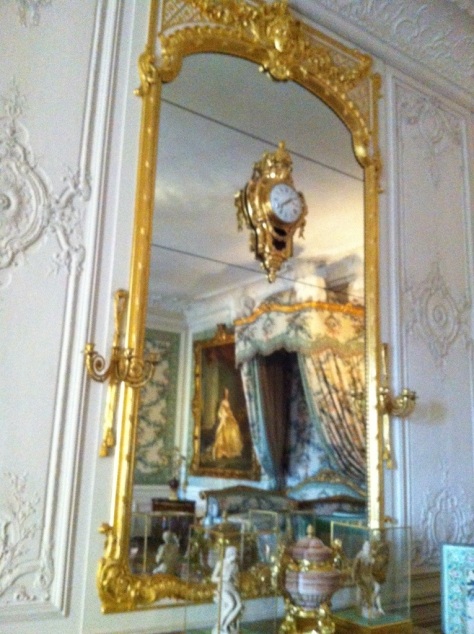 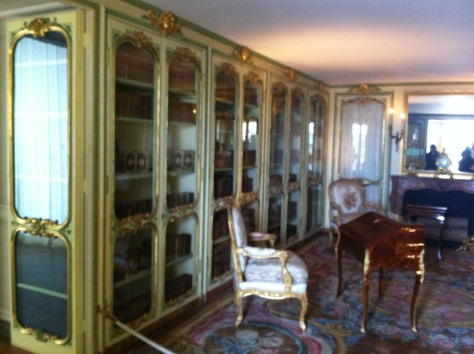 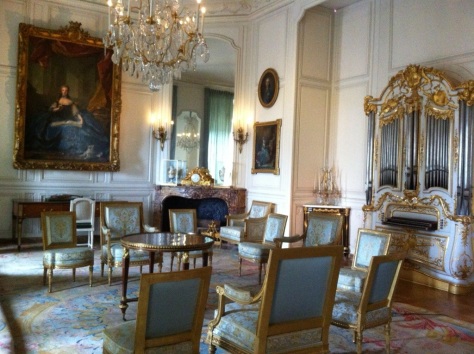