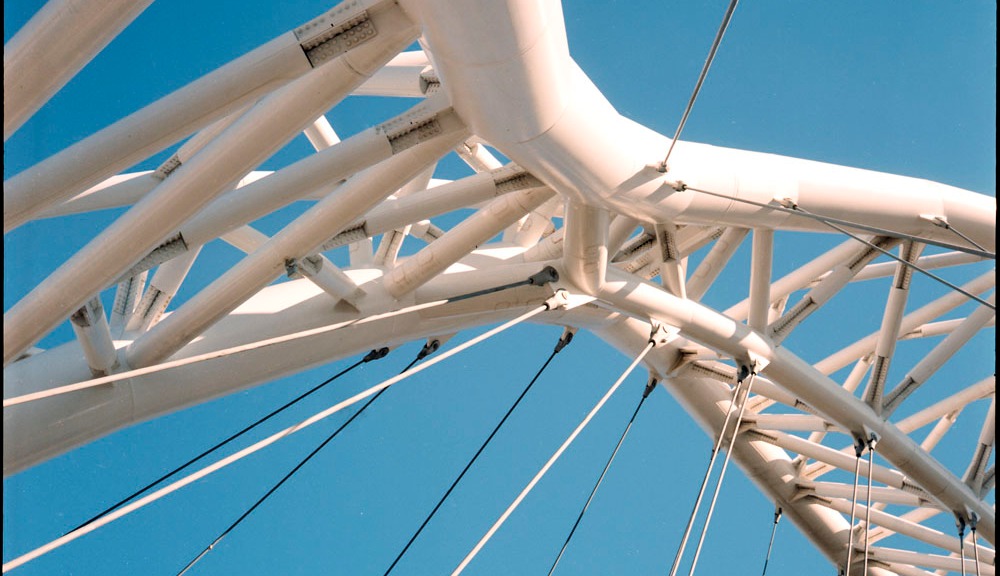 Italy isn’t all about ancient structures – while there are historical and architectural marvels aplenty in the center of the city of Rome, modern architecture happens too. At the Garbatella Metro station, this enormous viaduct that carries a four lane road over the railway tracks soars into the sky like a giant DNA strand or a dinosaur skeleton bleached white in the sun.

Everything about this bridge was designed with an artistic conceit, even the railings that surround the suspension cable anchor points – they undulate like the bridge form itself, like a ribbon or a snake winding its way between the cables.

Even the safety barrier between the lanes on the roadway has been thoughtfully designed from an aesthetic as well as functional perspective.