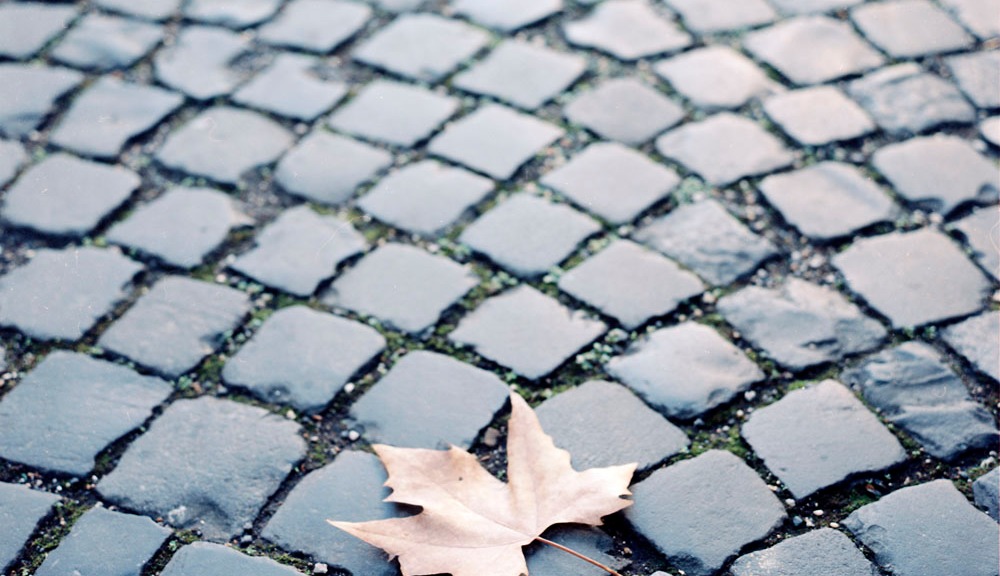 Just a one-off today – a single leaf that had turned brown and fallen on the black cobblestones outside the Centrale Montemartini museum.

In travel, you make plans, and if you’re smart, you have either backup plans or you’re open to serendipity. I do a bit of both.

I had wanted to go see the Museo Centrale Montemartini, which is a collection of overflow ancient sculptures from the collections of the Capitoline Museums in downtown Rome, housed in a former power generation plant along the Tiber river. I had figured I’d go there on Monday, since most museums are closed on Monday, but the Capitoline Museums are open on Mondays. Well… long story short, Centrale Montemartini may be part of the Capitoline Museum group, but since it’s three subway stops out of downtown, it’s not like the ones on the hill overlooking the Forum, and it DOES close on Mondays. So I found myself in semi-suburban Rome looking at a closed museum, camera in hand. What’s a girl to do when faced with a loaded camera and a closed museum? Photograph the first fallen leaf of fall on some artfully laid cobblestone blocks in the museum driveway (and get honked at by a scooter driver for blocking the two and a half lane wide driveway). It also gave me time to shoot the bridge you saw in a previous post.