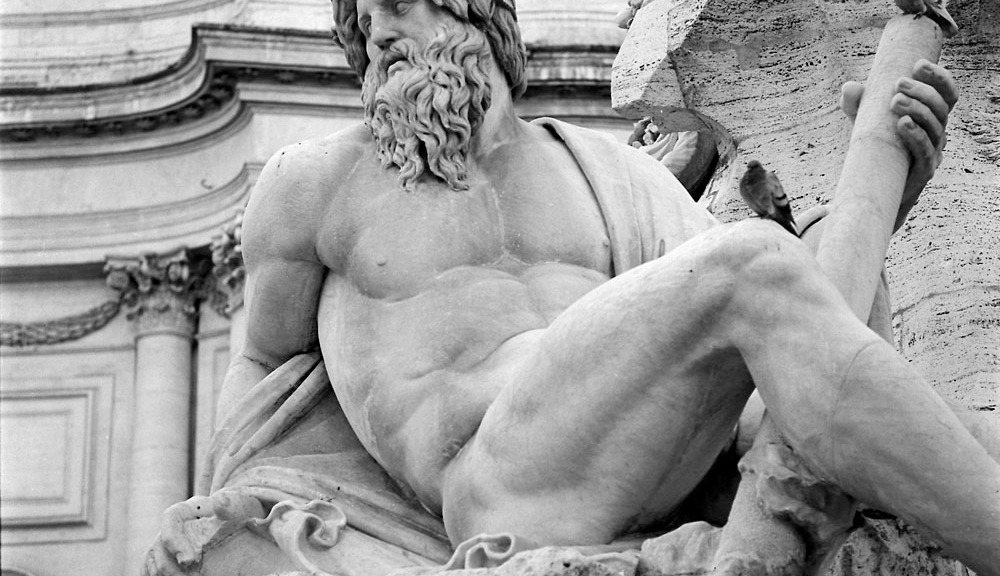 Here are a few shots of the fountains in the Piazza Navona. I chose to photograph details rather than try to take in the whole fountain because there were just too many people in, on, and around the fountains.

The piazza is pure chaos – think Times Square but shorter, with much better decoration. There are performers on the piazza doing everything from live music to juggling acts to “living statues” – there was a fake Fakir made to look like he was floating in mid-air, supported by nothing more than an off-center cardboard mailing tube. The fountains, though, are the real stars of the place. They moderate the heat in summer, and provide stunning visual delights in all four seasons. I know it seldom snows in Rome, but I’d love to see them blanketed with a layer of white.