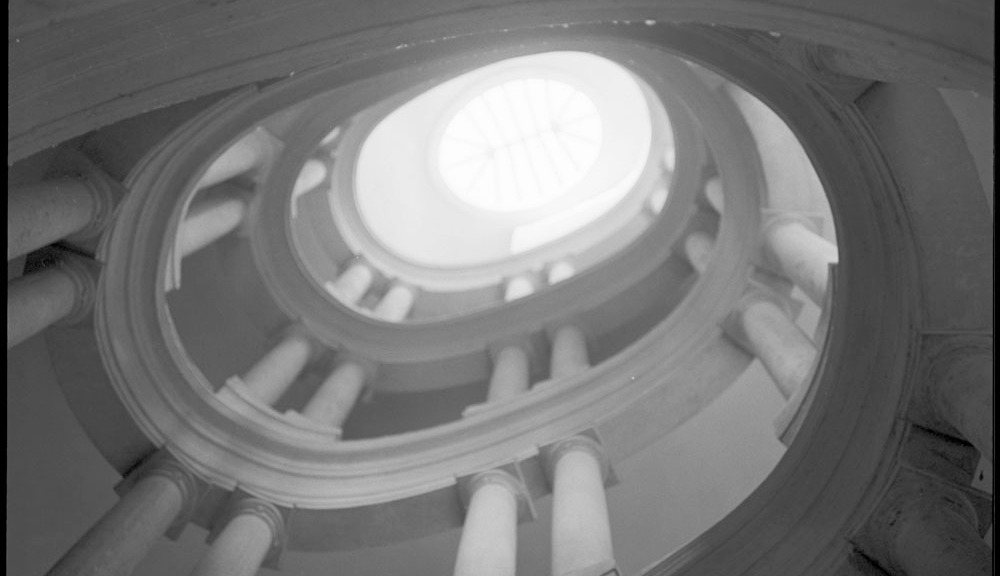 In 1625, then-Cardinal Barberini acquired a property from the Sforza family in Rome that had a vineyard and ‘palazzetto’. It was on this property he decided to build the Palazzo Barberini. He would go on to become Pope Urban VIII. He hired the famous architect Carlo Maderno to design and build his palace. Along with Maderno was his nephew, Francesco Borromini, who would go on to become one of the best known Baroque architects in Rome. He is largely responsible for the design of the facade, as well as the grand salon, and perhaps most famous of his creations at the palace, the oval staircase.

Partway through construction, his uncle Carlo Maderno passed away. Completion of the project was then tasked to a new young upstart architect better known at the time as a sculptor, Gian Lorenzo Bernini. Bernini would design a second staircase for the palace, this time a square. The two, Borromini and Bernini would remain professional rivals until Borromini’s suicide in 1667.

At the ground level, an arcade connects the two staircases. This shot was taken from the entrance to the Borromini staircase, looking down the arcade to the Bernini staircase entrance.

One thought on “Palazzo Barberini”