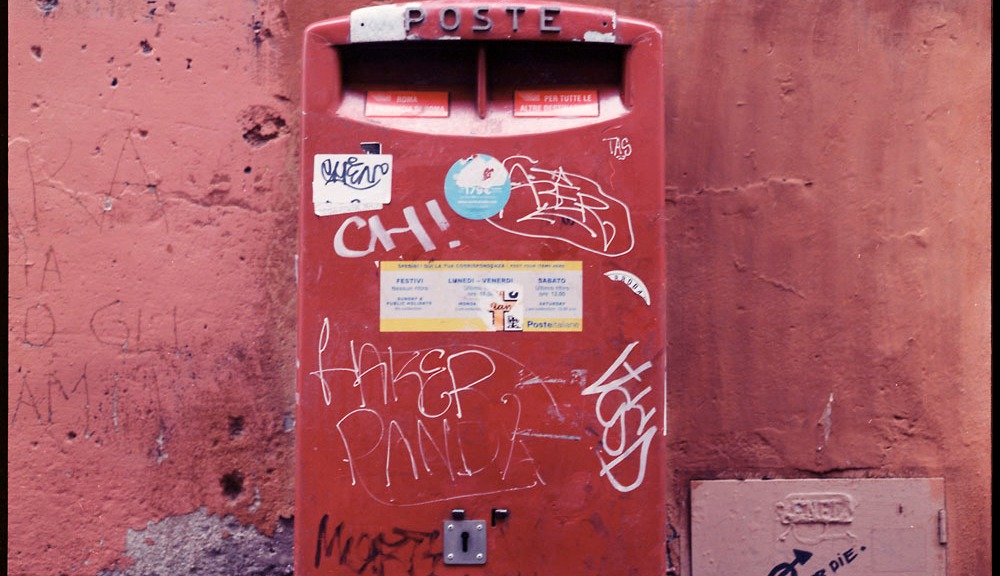 Rome is a city known for many things – fine food, ancient architecture, more churches than you can shake a stick at, and among other things, graffiti. This poor mailbox has been heartily defaced – scribbled on, stickered, and overall abused. Yet it still soldiers on in its duty, collecting the mail. Here is my portrait of the mailbox to elevate it into the pantheon of my Ordinary Objects series:

Something I found fascinating was the degree to which English has penetrated into Italian life. In the big cities, almost everyone speaks it to some degree or other. Signage in museums is in Italian and English – no French, no German, no Spanish, no anything else. Just English and Italian. Even the graffiti is often in English, like the little mushroom to the right of the mailbox here, and some obscenities on a wall outside the Garbatella Metro station (forthcoming in a future post). I don’t know what quite to make of it – while it makes life easier for me as a visitor who is not proficient in Italian (I can fake it ’til I make it based on my fluency in Spanish), I do worry about global homogenization.