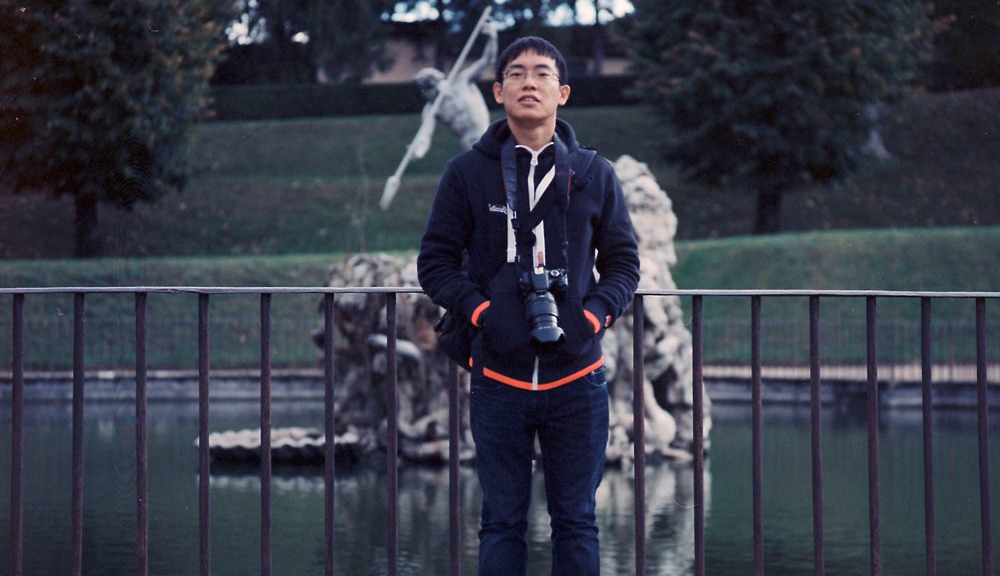 TC is a friend I’ve known for gosh, probably 10 years now. When we met he was a grad student working on his PhD at MIT. He’s now a full-fledged Doctor in Physical Chemistry, and working in Zurich. When I told him I was coming to Florence, he offered to pop down and hang out for a day or two. He was a real godsend, as I was still in the throes of a really bad allergy attack triggered by down pillows on the bed of my apartment in Rome, and he stopped at a pharmacy and got me some European Benadryl.

We went to the Uffizi the first day I was in Florence, then grabbed dinner at a restaurant he found on Yelp. The food was quite good, but what shocked me was the size of the portions. I was used to these small portion sizes per course that I had been getting in Rome, so I had a pasta course, a salad, and an entree. The pasta wasn’t too much bigger than I was expecting, but the salad was entree- sized! I had only had maybe 1/3 of the salad when the waitress stopped by and asked about it. I told her it was very good but just too big. She offered to cancel my entree, which I was glad to accept. Half and hour later, we’re sitting chatting and the entree arrives after all!

The next day, we met up again and walked over to the Palazzo Pitti via the Ponte Vecchio. The Palazzo Pitti is gargantuan – it was the Medici family’s main residence in the 16th and 17th centuries, and everything about it was designed to overawe. The Vasari corridor connects it with the Uffizi over the Ponte Vecchio to provide a secure passage should the Medicis need to escape an angry mob, or just not want to mingle with the hoi polloi on their way to and from their private box seats at the Santa Felicita church.

After touring through the Pitti and hiking up and down the Boboli gardens (which are on the face of a fairly steep hill), TC and I grabbed lunch at a little cafe across from the Palazzo Pitti’s main entrance. I had my first ever cappuccino there. I’m now a devotee, provided there’s enough sugar.

So thank you, TC, for the Benadryl, the companionship, and for the swiss chocolates – they were delicious!