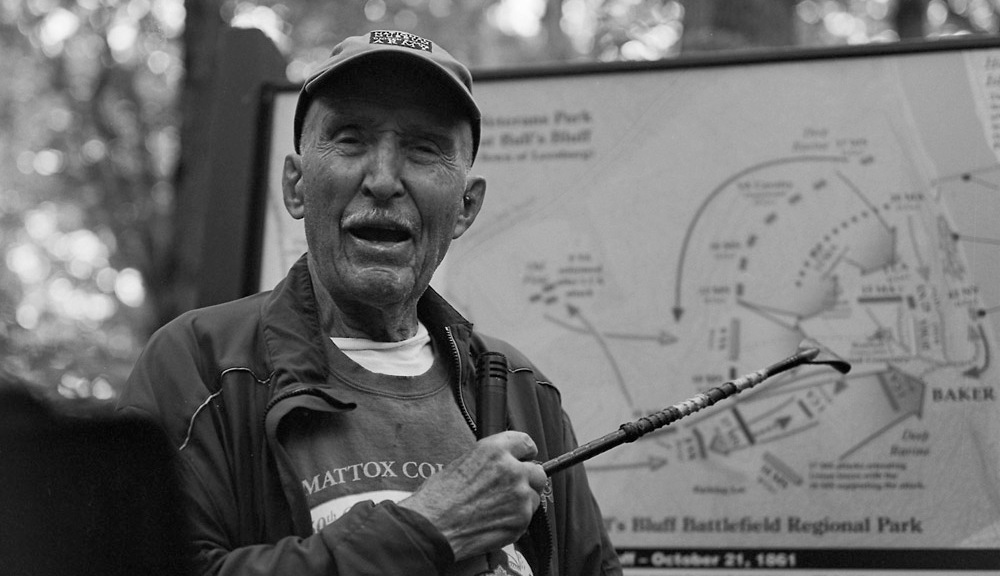 I just had an image of mine published in Hallowed Ground, the journal of the Civil War Trust. It’s a photo I took of Ed Bearss on one of his battlefield tours through the Smithsonian. The theme of the issue is “30 years of battlefield preservation”, and Ed is, rightfully, the star, as he has been one of the greatest champions of historic preservation over the last sixty years. 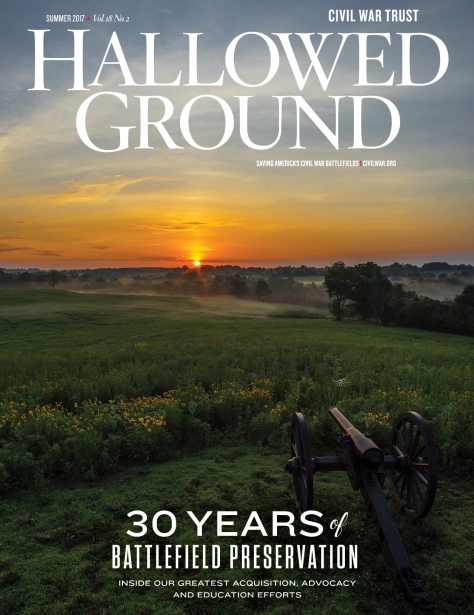 Reading the article clipping below, along with my image (see credit at the bottom), you can get a sense of Ed’s larger-than-life personality. I’m very happy that my image is the one being used to depict and honor Ed.

The photo of Ed was taken at the Balls’ Bluff battlefield site, which he was involved in helping secure and preserve against development. Were it not for his work, all that remained would have been the smallest military cemetery in the United States surrounded by townhouses. Instead, thanks to his work and the efforts of a local/state public/private partnership, we have an exceptionally authentic battlefield to walk and understand how the events of the day played out.

You can find out more about the Civil War Trust on their website: CivilWar.org

For those who care about such things, the image was made with Kodak Tri-X in my Rolleiflex.