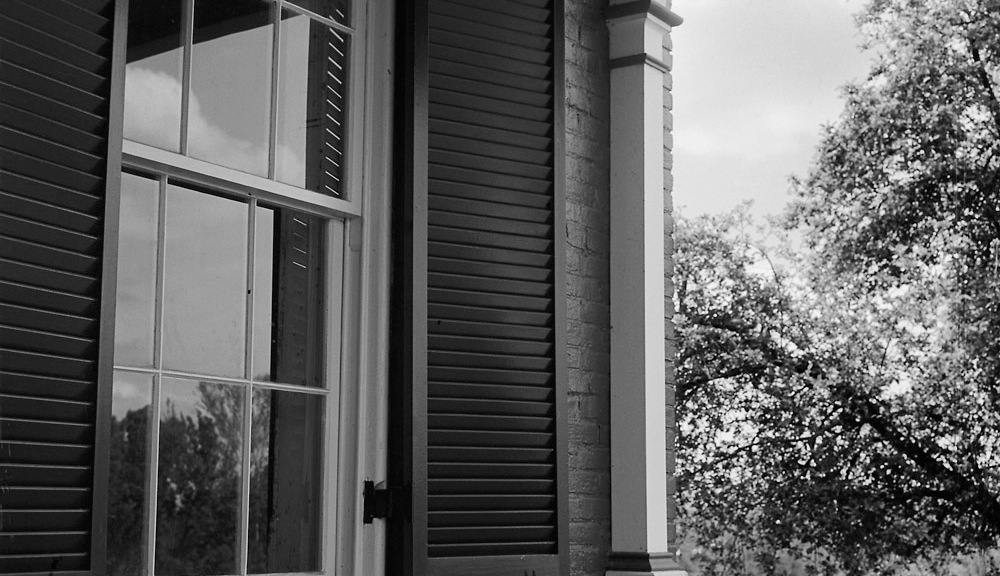 Views of the Worthington House. This house was the center of a smaller farm operation (relative to its neighbors, at roughly 300 acres) through which the Monocacy battle transpired. Rebel forces had crossed the Monocacy river at a ford adjacent to this property, and set up an artillery position near the house, from which they could see not only the Thomas house, but the Union positions at the railroad junction perhaps a mile or so away. Throughout the battle, the Worthington family took shelter in their basement, and their six year old son watched the battle through the gaps in a boarded-up window. He would later publish a book about his experience.

This louvered window is most likely the window through which young Glenn Worthington witnessed the battle, as it has the best views across the property where the Rebel units would have positioned themselves.

A detail shot of the front door to the Worthington house

A view off the front porch, including the lawn where the Rebel forces took up position.

I did take a view of the whole Worthington house front, but something went wrong with the negative and I don’t feel like spending several hours in Photoshop cleaning it up and trying to fix it. I’ll save it for another day and go back and re-photograph it.