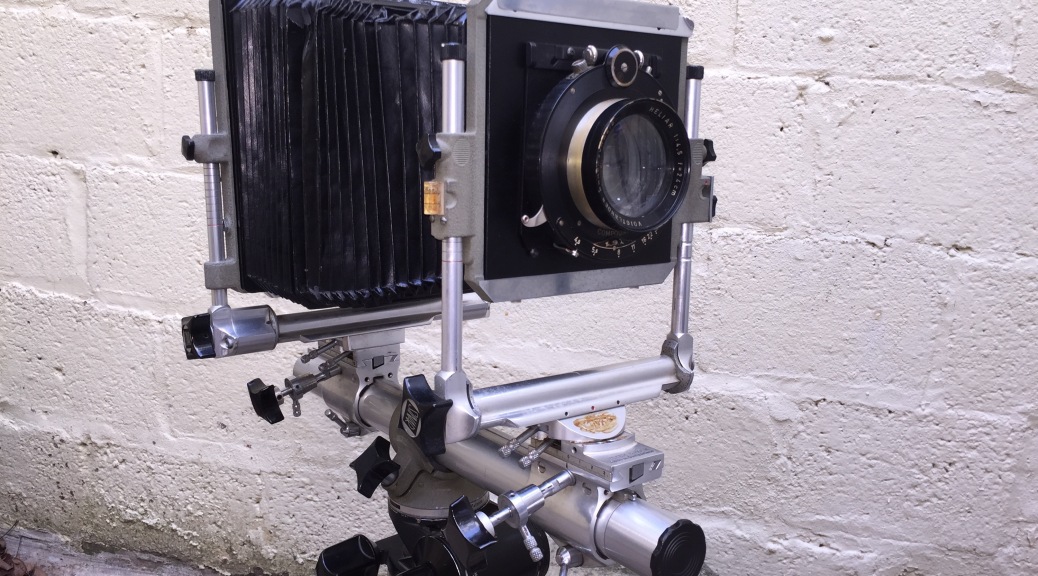 I have to toot my own horn a little today – my spring session of Introduction to Large Format Photography is sold out! I’m even adding three additional seats today to accommodate the folks who contacted me yesterday about registering. The class will cover the basics of how to use a large format camera. We’ll get an understanding of the camera itself – the various types of large format camera, the components of the camera, how to use it, and especially in this digital day and age, WHY to use it. To paraphrase Edward Weston’s comment about color photography: “There are things you can say in large format that you can’t say in anything smaller”. We’ll have specific lessons on film handling and processing for large format, portraiture, studio/tabletop photography, and architecture.

I teach at Photoworks Glen Echo, a non-profit photography education center in Glen Echo Park, which is operated by the National Park Service. Glen Echo Park is a former amusement park a few miles away from downtown DC in Glen Echo, Maryland on the banks of the Potomac River. Originally envisioned as a suburban housing development for the elite of Washington at the end of the 19th century, the only resident to ever build and take up residence was Clara Barton. It became a Chataqua meeting center, and then in the early years of the 20th century, an amusement park. It rose to its peak by being at the terminus of a street car line running out from Georgetown (a neighborhood in DC and formerly a separate incorporated city in itself). The park endured changing demographics and evolving tastes, but closed up shop in 1970. The US Park Service took over and converted it into a community art center where people can come to learn pottery, glassblowing, cast and fused glass, stone carving, photography, painting. There is a children’s dance theater and puppet theater, and the 1902 Spanish Ballroom has square, contra, ballroom, and swing dancing events practically every night of the week. The centerpiece of the park is now and has been since its installation in the 1920s, the Dentzel Carousel which is freshly restored and fully operational. The carousel offers rides daily from May to October.

Photoworks is the photography center, located in the Main Arcade building. This year marks their 40th anniversary. They offer a full range of classes from introductory photography for children and teens to advanced classes on topics such as The Long-Term Photo Project, iPhone Fun (getting the most of mobile device photography), Photographic Editing and Presentation, and Platinum/Palladium Printing. Photoworks has a full wet darkroom for film processing and black-and-white printing up to 16×20 inches, a fully equipped digital darkroom with Macintosh workstations, Epson flatbed scanner and Nikon 35mm dedicated film scanner, and Epson printers for up to 24″ wide prints.

One thought on “Intro to Large Format Photography @ Glen Echo – Sold Out!”