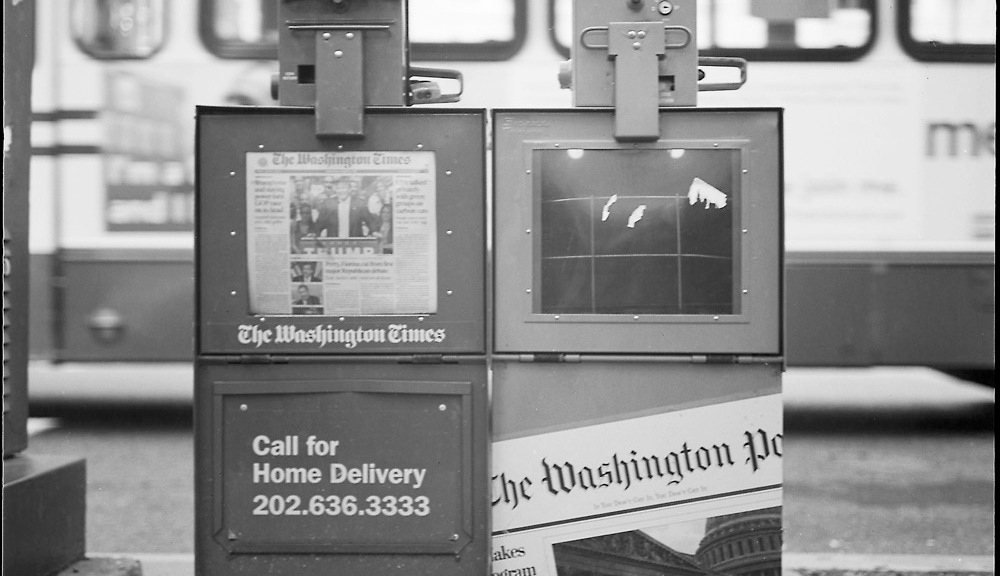 More things from my everyday objects series. These are all things I found around DC in my peregrinations on my way to and from work. They all have a theme of “two” in them – two faces, two paper boxes, two trash cans.

The sibling rivalry is in the two newspapers themselves represented in the two boxes – the Post and the Times. The Post is considered by many to be the “paper of record” for Washington DC, whereas the Times is a partisan hack with an extremely conservative bent, owned by a highly suspect organization (the Unification Church aka the Moonies). Depending on your political bent, the Post is a liberal shill and the Times a bastion of integrity. Either way, they co-exist in a shrinking market and both are struggling to find their feet in the post-internet age.

I call this last one two twins because there was by happy accident two people of parallel size to the trash cans, both striking the same pose in the background. It made for a serendipitous symmetry.