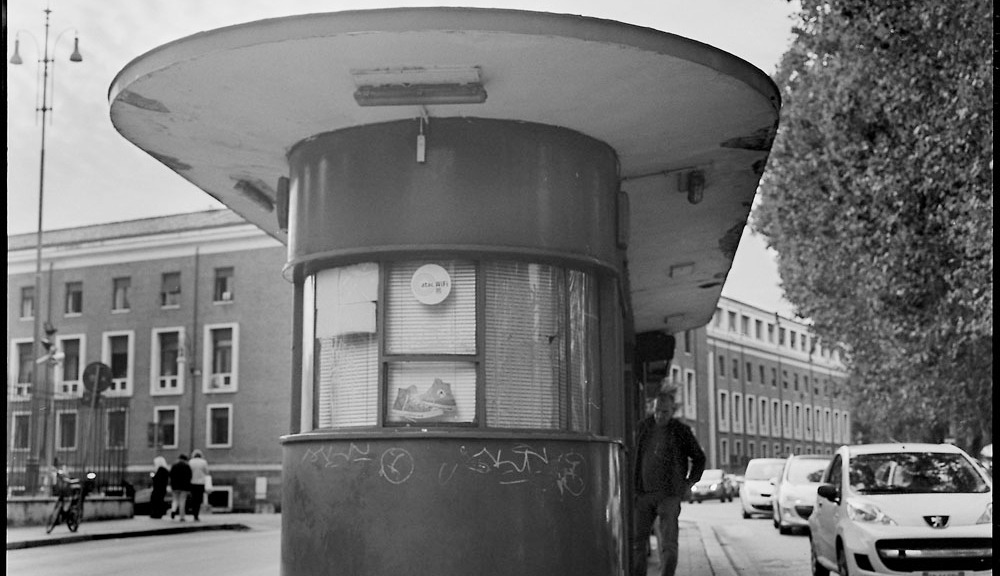 This is where I went to catch a bus to go to the Vatican Museum on my first day in Rome. It’s a vintage bus shelter, hard to date, but I’d guess post-war, maybe as late as 1950s. What you can’t see in the picture is that in the middle of the structure is a news-stand. Today it’s not so bad, but I wouldn’t want to have had to work there even as recently as the 1980s when diesel exhaust was much heavier than it is now.

That’s actually a sense-memory I kind of miss – you knew you were in Europe when you smelled the diesel exhaust everywhere. That and certain kinds of tobacco. It’s still a noxious odor, but the emotional context of it is so positive. I suppose geologists feel that way when they smell sulphur or biologists with methane.